I'm sure you've seen the commercials.  LeBron, talking to a crowd of reporters, saying such things as, "after talking it over with friends and family, I have decided to follow my heart...."  Yea, those commercials.  In the end, it states that the "big announcement" is coming January 18th.  I can't say for sure if this is what the "big announcement" is, but I have a feeling it is.

Check out these photos, first seen over at LeBron2010 -- 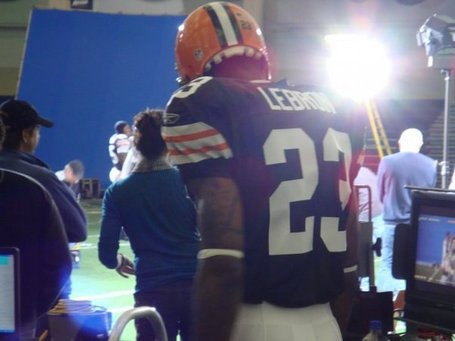 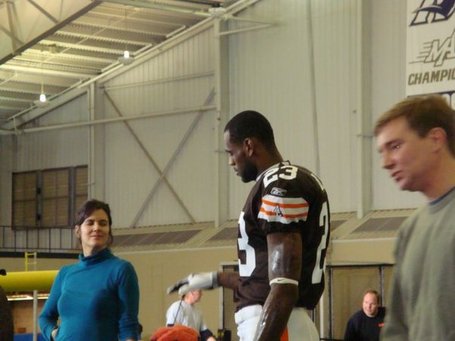 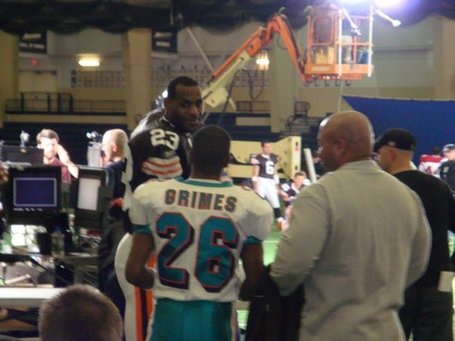 Everyone knows that James was quite the high school football plpayer during his days at Akron SVSM, but daaaaaamn he looks like he could suit up RIGHT NOW for the Browns.  Expect Eric Mangini to call soon, because the Browns have no one on their roster close in terms of athletic ability.

Oh, and does anyone else find it interesting that James is in a Browns uniform, not a Cowboys uni???