The (sort of) Morning After: Fighting Fire with Fire

Share All sharing options for: The (sort of) Morning After: Fighting Fire with Fire

Before I get into my spiel, I just need to get something off my chest:

Now that that's out of the way, let's take a look at the Horsemen's glorious victory. Last night saw the fruition of a plan we've been executing well the past few games to unexpectedly poor results. No matter how much you'll hear about LeBron having been the only factor in this game, the truth is that what we've been doing all series long finally started working. We drove, kicked, shot, finished and swarmed on defense. We even pushed "Superman" to foul out of the game with more than two minutes to play. Though the Darlings again deleted a seemingly insurmountable lead, the Horsemen never backed down; we fought back until we emerged the clear victors.

How? Because we finally decided to fight fire with fire. Fortunately, we're always packing an industrial sized barrel of triple-double kerosene named LeBron.

The Barkleys of the world would have you concerned about LeBron's performance:

I've never seen a man be able to do that three games in a row!

Well guess what, Mound, you're wrong. Of course it's sustainable. LBJ has been doing this for the past five games. He's not the MVP for nothing. Oh, and where were you dolts crying about how the Magic should be worried about Rafer Alston's unsustainable shooting streak?

On that note, some telling numbers:

What does this tell us? Again, the plan worked. It wasn't all LeBron. Particularly striking is Alston's 1-7 from behind the arc. The past two games gave him the confidence to chuck up seven treys. The Cavs didn't bite and instead stuck to their plan, knowing those past numbers were unsustainable.

Though LeBron deserves immense credit for fueling the fire, this game was a showcase for the shooters. 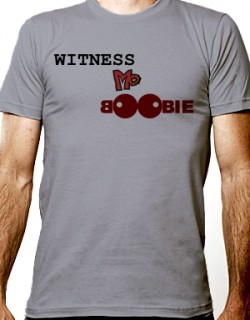 Mo torched the net with a sizzling 6-9 and Boobie added brushfire to the flames. Delonte was cold in limited attempts from behind the arc but had a decent shooting game, along with Big Z. Mo was all over the place on D as well, and Andy turned in his usual crazy effort, despite some egregious flopping and fouling out. It was a total team effort, regardless of what you'll hear.

The task ahead of us remains arduous, but things are clicking into place. Now we ride on, swords and torches in hand, to burn and raze the Magic Kingdom on our path to victory. And just in case you're worried about the probability of winning a road-home series or winning three in a row, here are a some more numbers to placate you Negative Nancies:

In 2009, number of times winning road-home games with one day or fewer in between games: 8

So in case you haven't been listening, I'll say it again: we got this.