Your move, Dan Gilbert--Where do the Cleveland Cavaliers go from here?

Share All sharing options for: Your move, Dan Gilbert--Where do the Cleveland Cavaliers go from here?

Whether we like it or not, yesterday was not just another NBA game. Even stripped of the flashbulbs, of TMZ, of Charles Barkley, of powder and of the chants, this was not just a regular season matchup between 11-8 and 7-10 teams. This was a benchmark game, an evaluation, a showcase of sorts. And for as much as this game might have woken up the Miami Heat, it confirmed every nightmare that Dan Gilbert has been trying to ignore: things are not okay. And they aren't going to be okay for a long time.

We've tried. We have. Watching this team beat Boston on Opening Night, watching Mo hit a couple big shots, winning games they shouldn't have. We tried to keep it all in perspective. This team is far away. This team is not the same. This team needs help.

But we wanted to believe, we allowed ourselves to think that yesterday night might be different. The Heat are a bad road team! They are soft inside! Lebron will choke under the lights! Mo, Booby, Jamison and Andy are mad and they're ready!

The Cavs fell flat on their faces while Lebron flashed his Ninja Turtle smile. 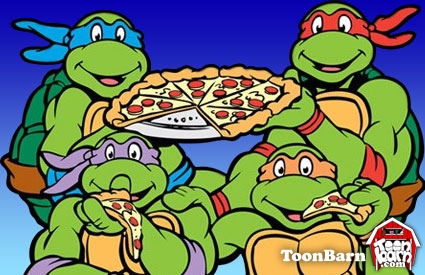 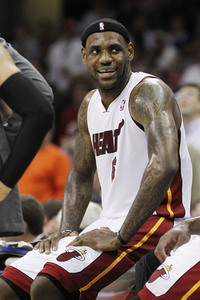 And maybe I'm the only one who thinks this, but maybe it was a good thing.

Dan Gilbert could write all the Comic Sans letters he wanted, but until he saw what this team looks like first-hand and how much trouble they're really in, he wouldn't truly understand what needed to be done. After last night, storming out of the Q, he had to know.

The cast of characters that were left behind aren't a basketball team. They're a collective mashup resembling one of Sid's creations from Toy Story. They were a result of too many directions, too much tinkering and a heavy dose of ego. One part "hustle big man" ($45 million), one part "stretch forward" (2 years, $28 million), one part "Robin" ($26 million), and some other bits and pieces. That's what remains. A team messed with so many times in the last few years that it ended up becoming some sort of attempted masterpiece by someone playing NBA2k8.

After last night, things will change.

It might not be soon, but the court and the uniforms are not going to be the only things that are foreign to Cavs fans by year's end. Sever your ties to your favorite players. None are truly safe. Mo--gone to the first team that needs a scoring PG (Portland anyone?), Antawn--to anyone looking for that "veteran" presence, a sixth man, the myth of the stretch forward, Anthony Parker and Jawad Williams--to be had for a set of 1987 Donruss baseball cards and a Huffy, Andy--the piece that will win someone a title.

These things don't belong together. They don't belong in Byron Scott's offense. This team hasn't passed the eye test since day one. We knew that would be the case, but we also were trading our expectations for the promise that the guys would play hard every game. Failing was fine as long as they tried.

That won't sit well...with the fans, or with Mr. Gilbert. Last night was Dan Gilbert's chance to see what this team was made of. To see if this group was a unit, or merely the King's Men trying to put the Cavaliers back together after Humpty Dumpty grabbed his sunscreen and his beach towel and split town.

They were the latter.

So get ready. Change is coming.

The only question is, when?