Kyrie Irving on Dime Magazine and Christian Eyenga Sent Down

Share All sharing options for: Kyrie Irving on Dime Magazine and Christian Eyenga Sent Down

First, I think you'll be interested to see that our stud rookie point guard, Kyrie Irving was featured on the cover of Dime Magazine. Check out the cover picture. 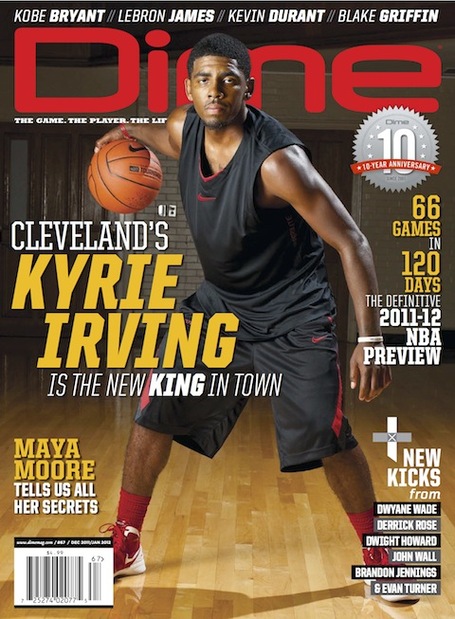 Second, I bring you news that Christian Eyenga has been sent down to D-League Canton. He hasn't gotten any playing time up in Cleveland and Byron Scott was not happy with his play during training game and preseason. I think it's a solid move since he obviously wasn't playing for the Cavaliers and needs to be on the court if he wants to improve. He's still under contract by the Cavs so he'll probably be back up at some point if someone suffers an injury. This news was originally reported by the Cleveland Plain Dealer.