So, SBNation and Adidas is asking us to tell you about the top grooming moments for our teams. I don't think you have to look very far to understand that Anderson Varejao is the undisputed winner of this contest.

Anderson Varejao's hair is, quite simply, majestic. While people are quick to make comparisons to his hair's floppy nature and his tendency to, uh, flop, it's rather apparent that they are simply jealous. The fact that Anderson Varejao plays with 100% effort at all times makes his hair that much more impressive and noticeable. As Andy is diving around and fighting for offensive rebounds, his hair bounces and fends off opponents. Ever see a porcupine protect itself? That's something else you didn't know about Andy's hair. Although it is quite soft and luscious, when threatened, it becomes spiky and dangerous. If a predator were to touch it while he is in a defensive stance, they would be pricked with a venomous spine. How else do you think he earned the reputation as one of the elite big man defenders in the NBA?

An honorable mention goes to Daniel Gibson's ridiculous haircut that he got while participating in the NBA's 3-Point Shootout. It was ridiculous. That's the only word you can use to describe it. Ridiculous. Try using another word. You can't do it. 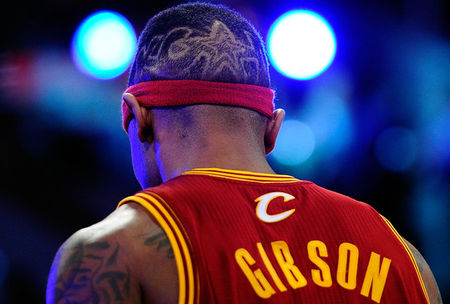 Give me some of your suggestions for best hairstyles (facial hair works too) in Cavaliers history. Include pictures so people don't have to look for them, duh.