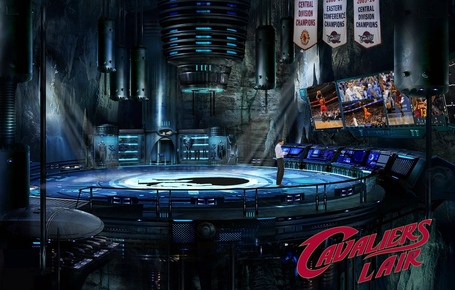 According to a report, Chris Grant has gone down into the Cavaliers Lair and made a GROUND-BREAKING TRADE. If the report is true, the Cavaliers have traded D.J. Kennedy (who I didn't even know was officially on the roster) to the Memphis Grizzlies for Jeremy Pargo and a 2014 second round pick.

Notice that this is not Jannero Pargo, the somewhat, sorta decent backup point guard. This is Jeremy Pargo, the 2nd year player out of Gonzaga. His stats with the Grizzlies were some what underwhelming last season. He's also 26 years old. I didn't think D.J. Kennedy was all that impressive in his brief stint with the Cavs last year and in Las Vegas. The cool part is that the Cavs did get a 2014 second round pick out of the deal. That means they will now have 3 second rounders in 2014 (their own, Orlando's, and Memphis').

All in all, this is basically the NBA equivalent of the Brent Lillibridge trade that the Indians made yesterday.

There are approximately three awesome things that Jeremy Pargo has done in his life. Here they are: