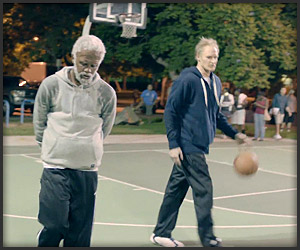 This started as a comment in Conrad's awesome look back at the changes we have seen since 2011. As I have a tendency to do (especially on a Friday when I really don't want to work and want to fast forward to watching Cavs vs. Bucks and Jets vs. Penguins tonight; COME AT ME SAM!!!) I ranted. Anyways This is kinda my take on where I feel we are at in our rebuilding process.

I'll start this off by stating what I feel is obvious: This team is way better than their record and anybody that follows them closely knows this. Injuries have screwed us and our starting lineup when Andy was here was BEASTING. Health and a bench to minimize the drop off from the starters would probably be enough to propel us to the playoffs but that's not what's important this year.

What important is that Tristan Thompson is developing his game. Already realized there's more to defense than flying in and blocking shots. Has improved his ability to rebound on the defensive end and is still a monster on the offensive boards and has become much better on the offensive end.

Kyrie has become an even better player than last year, is a wizard and is improving on the defensive end.

Dion and Zeller are maturing by the day. They both have a looooooong way to go but wow in the moments where they make the right decisions and are rolling we are disgustingly awesome to watch.

Alonzo Gee while he hasn't been as effective this year as he was in the past has tightened his handle a little bit and remains a strong defender. Once we no longer ask him to lead the team in minutes I'm sure he'll get back to being himself. In my opinion he is just over worked.

Christ Grant has put this team in a position to succeed and has built the foundation of a contender with solid young pieces, tons of assets moving forward in draft picks and the cap flexibility to take advantage of teams that are in trouble with the cap or to become the third team in a trade to obtain more assets in exchange of facilitating a larger move between teams. Like how we were involved in the initial stages of the Bynum-Howard deal until Grant deemed that he didn't think it was fully in our best interests. He didn't want to just make a splash and he must have known coming into this year that depth was going to be an issue for us but outside of Batum and Shved he didn't really make a swing at players because he didn't think that they were worth the money they were commanding on the open market. We may disagree on a couple players and say (as David has said which I totally agree) that AK 47 would have helped this team or Bayless (NO GOD NO) but he didn't go out and pay Ben Gordon and Charlie V 80 million each and we are positioned to make a run at some quality role players this summer like Jarrett Jack and Carl Landry with a sales pitch of playing with a 20 year old allstar.

Even Dan Gilbert while his comic sans letters may be embarrassing we know he is passionate about this team (evidently to a fault at times but I know I probably would have been a bigger bitch in that situation) and he is going to spend the money when it is prudent in order to bring us back to the top of the NBA food chain.

As we go into this offseason I feel like we have finally got through the toughest part of the rebuild and we are coming out with the foundation in place to once again become a force in the Eastern Conference. Conrad summed it up perfectly. We are not who we used to be. I wrote about Byron Scott in the offseason and how his true test for this year won't be our wins and losses but rather the progress we see in each players game. While his rotations have drove me insane at times and I wonder if he cares during the games I think we can all admit to have seen a dramatic improvement in each of the players on our team. I think we're lucky we have such a healthy community on this blog that we can sit and have educated discussions without resorting to trolling or anything like that and while the losses sting I can't see how we can be anything but encouraged about the future of this team.

I can't wait until we are back in contention and hopefully when that time comes I'll see some of you guys down in Cleveland for a few drinks and catch a game. Obviously it would be expensive as balls for me to come down and I think I'm gonna wait for my first visit to Cleveland to not be in the rebuilding year. League pass will have to do for now.