The Cleveland Cavaliers have won two games in a row. Can they make it three in a row as they visit our friends up north?

The Cleveland Cavaliers pulled out a thrilling victory over the Milwaukee Bucks on Friday night. Saturday night, they travel to Canada with a chance to extend the winning streak to 3 games.

Where? Air Canada Centre -- Toronto, ON

Where on my eyeballs? Fox Sports Ohio / NBA League Pass

Tristan Thompson is making Canadian basketball proud. He's been a beast since Anderson Varejao has been out and will look to continue that against a young and athletic frontline in Toronto. The Raptors don't have Jonas Valanciunas, but Ed Davis and Amir Johnson are two strong guys who will have their minds set on stopping penetration from Dion Waiters and Kyrie while keeping Tristan off the offensive glass.

Kyrie Irving has been spectacular in his past two games, but since the Raptors are apparently his worst nightmare he'll need some help tonight. C.J. Miles caught the worst strain of the flu ever, apparently. He's been out for a while and we're not sure if he is going to be able to go tonight. If he isn't in the game, that means Dion Waiters will get a shot at the starting lineup. Dion has been playing much smarter as of late and will hopefully continue that tonight. He's visibly frustrated when he doesn't get calls driving to the basket, but the only way to get calls is to keep attacking. Using the midrange jumper to keep the defense honest is okay, but he needs to attack, attack, attack. I'm feeling good -- looking for a big night from Waiters.

I liked what I saw from Wayne Ellington and Marreese Speights last night, but remember that they still haven't gone through a full practice with the team yet. The concepts that they can use on offense are fairly basic when those guys are on the court. And last night was just one game. We might start hating them in a week. But for now, I'll give you this photoshop that Noam Schiller of Hardwood Paroxysm created when Speights was on the Sixers. Warning: this is nightmare fuel. 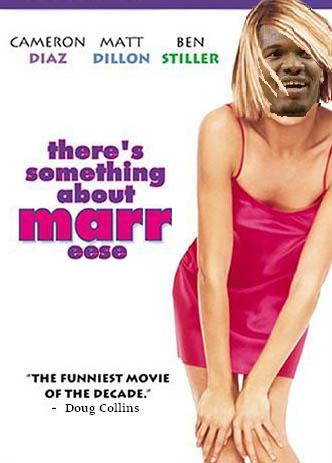 Anyway, the Raptors have played better (now that Andrea Bargnani has been hurt) but still have a penchant for depressing and demoralizing losses. They seem to always fight to the very end and then lose in the most heartbreaking fashion possible. I kind of feel bad for Raptors fans in that regard. Hopefully we ease their minds and just give them a nice blowout loss tonight.

DeMar DeRozan has really improved some parts of his game this year. He got a big payday during the offseason (too big, in my opinion) but does look like a better player and one that could possible be worthy of such a contract. His postgame has been particularly impressive. I assume that Alonzo Gee and Wayne Ellington will be the ones guarding DeRozan and they'd be wise to prevent him from posting them up. Make him shoot jumpers and he'll likely struggle.

Jose Calderon always has massive games against the Cavaliers. I know Justin won't be happy about this.

Kyrie Irving finally shakes the Raptors and makes up for lost time. He'll avenge his previous sub-par outings against the dinosaurs from up north and drop a cool 37 points on them. Tristan Thompson pours in another double-double (creeping up on averaging a double-double for the season) and the Cavaliers win by a final score of 106-102.