After missing all of last season, will Andrew Bynum make his Cavs debut tonight?

Share All sharing options for: Andrew Bynum cleared to play vs. Brooklyn Nets in season opener

Andrew Bynum is reportedly cleared to play and will be active in the Cavaliers' season opener against the Brooklyn Nets. The Cavs took their sweet time making any definitive statements about the status of Bynum's health, but he is officially active tonight. I'm not sure there's any reason for him to be active if he isn't going to play.

Jason Lloyd of the Akron Beacon Journal thinks Bynum will play as well. 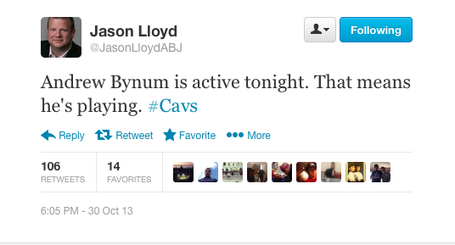 David Zavac of Fear the Sword (that's us!) is also there and he's taking pictures and stuff! 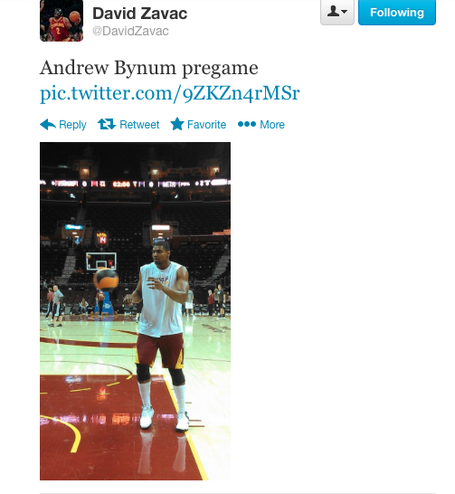 Mke Brown made it clear that Bynum will not be playing very many minutes. In fact, he might just play for 5-7 minutes and then come out for the game. But it's more than we expected and it's WAY sooner than anyone expected. The plan was always to bring him along slowly and if he's good to go, then why not start now?