NBA All Star Weekend: The Cleveland Cavaliers other all stars

This weekend, Kyrie Irving is the only Cavalier being recognized as a true All-Star in the eyes of the NBA. Given that the Cavaliers are such a young team, most of them have grown up in a society where everyone is treated as a winner regardless of whether or not that is actually the case. As such, it only makes sense to honor the remainder of the team for their own special talents that make them All-Stars in their own unique ways.

Share All sharing options for: NBA All Star Weekend: The Cleveland Cavaliers other all stars

I've never really won anything in my life. I once won a bronze medal in a Science Olympiad event for taking a test on epidemiology that has only made me a larger hypochondriac than I was before. Outside of that moment of glory, it's been nothing.

That said, I'm only 26 years old and grew up in the age where everyone is a winner and have an entire trophy case filled with participation trophies. As I'm older than pretty much everyone on the Cavaliers (sobs uncontrollably), they too are likely used to this same kind of treatment. As I wouldn't want to disappoint anyone (I'm a pleaser like that), I've decided to recognize the rest of the Cavaliers roster for their All-Star attributes. After all, everyone is an All-Star in their way. *cue sappy feel-good music*

Anderson Varejao: All-Star center (for no more than 25 games a year) 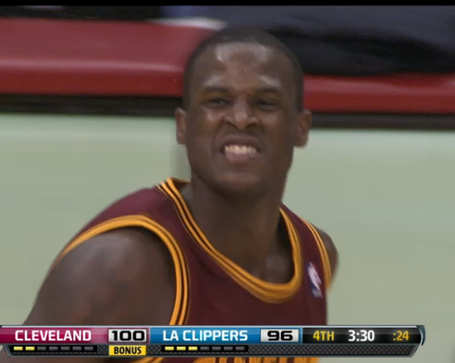 Alonzo Gee: All-Star ability to be seriously over-rated by Cavs fans for seemingly no reason

Wayne Ellington: All Star fanciest name that sounds like he should be a butler in a huge mansion. (Bonus points if you say it with a British accent while drinking tea at high noon)

Marreese Speights: All-Star at having a name impossible to spell correctly the first time.

Luke Walton: I can't even begin to attempt to come up with a joke here. Sorry Luke.

Omri Casspi: All-Star at getting onto the official All-Star ballot for no discernable reason whatsoever. Seriously, he made the official ballot over Andy.