[Ed. note: this is tremendous. So nice to hear that we have Cavs fans all over the place. Great to have you on the site. I've put some Fanposts into the "Fanpost Friday" section that you'll see on the front page and the best one each week (this one), will be featured on the front page by itself as well. But there have been LOTS of great fan posts recently and you should check out all of them on the righthand side of the site. Keep up the great work, everybody. I love the community that we've built up here.]

It’s a surprisingly warm and pleasant night in jolly old England, and a 21 year old GodZeller is struggling to stay awake. After a couple of pints at the local pub with my pals, I had arrived home just after 11pm and was scanning the computer for something to watch. Having got the day off the next day, I thought ‘Why sleep now? The night is young!’ I glanced down at my phone, where an ESPN update informed me that the NBA Draft was starting in little under an hour. NBA? Meh, got nothing better to do - let’s stick it on. Little did I know that it would only be 6 months before this entire sport took over my life.

A little bit of background first. I had always been a bit of an Americaphile (if that’s even a real word), mostly due to being an insomniac from an early age and checking out late night NFL on the UK Channel 5, which was just about the only thing on at 2am. Not to mention Pamela Anderson’s nut busting runs on that never-ending beach, Will Smith getting jiggy in Bel Air and Microsoft taking over the world. This continued into later life, as I grew interested in wholly American shows such as the West Wing and The Wire as well as loosely following pretty much every sport (and WWE) in the USA – apart from Basketball. I flirted a bit with the Indy Colts, played shortstop for my Uni Baseball team (trust me, Baseball will never catch on in the UK) and followed NHL for years (still do), but I was lacking that love affair. The thing that keeps drawing me back. 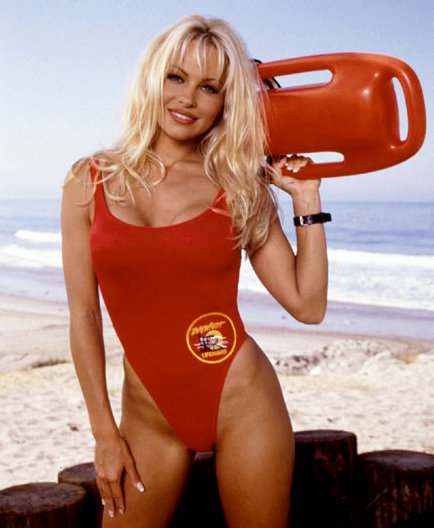 What more can a young man need?

The concept of drafting always fascinated me. As a diehard fan of Newcastle United Football Club, I have always had an almost encyclopaedic knowledge of football (there is no way in hell you are getting me to say soccer) and in my late teens I began to really notice severe flaws in the footballing system. 16 year olds getting bought by clubs for 5 million pounds, kids getting recruited from Africa before they have even hit their teen years, 18 year olds being paid over 4 million pounds a year. Obviously something is wrong there. Drafting works – and it works because it prevents the corruption of young talent before it has even had time to show what it can do. Anyway, I had always meant to take a closer interest in the NBA, but if Phys Ed in the UK taught me anything, it’s that basketball is non-contact and I’m a blood and guts football fan from England - that does not appeal.

Cut back to June 23 and a tipsy GodZeller is sat on his sofa watching the showcase that is the NBA Draft, and I’m hooked from the opening credits all the way up to those magical words - ’With the 1st pick in the 2011 NBA Draft, the Cleveland Cavaliers select: Kyrie Irving of Duke University’. Kyrie Irving? Who the hell is this guy? Over the next 15 minutes, I hear an incredible tale – one of the world’s greatest player screwing his hometown on national television, of a journey from incredible highs to horrendous lows in the space of a season, of fate dealing the most harshly treated club the #1 pick through a lottery dependant (apparently) on luck, and of a shot at redemption. From then on, well let’s just say I’ve become obsessed. 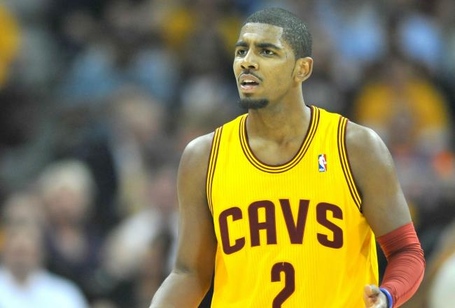 My exact face when I heard the name Kyrie Irving

Since that day almost 2 years ago, I have watched every single Cavaliers game (through various illegal means – shhh), watched every single basketball documentary you can remotely think of (Bird vs Magic and Reggie Miller vs The Knicks being my favourites), read every blog, crunched every stat, am currently winning my fantasy basketball league (easily the most fun I’ve ever had), got My NBA 2K13 Player to 99 overall (playing for the Cavs of course – still no ring) and, to be honest, become a downright pain the arse to all of my friends. The way I explain it is this: The NBA has the showmanship of the NFL, the pace of Ice Hockey, the passion of a football match and the controversy of baseball – all rolled in to one. It’s near enough the perfect sport. I booed to the heavens when LeBron lifted the trophy, I woke up shocked on June 29 last year thinking ‘Waiters at 4? That’s a bit of a reach’ but most of all, I cheer every bucket we make

The game just is not popular in the UK. Last year, Luol Deng was our first All Star and all it received was a miniscule column hidden away in the bottom left hand corner of a nothing page in all our major newspapers. Hell, he even had to write to our Prime Minister to plead for continued funding for the UK basketball program. However, it’s not without reason - following American Sport in the UK is a nightmare. 90% of the time the first game starts at midnight, making it nigh on impossible to watch a game in full. There’s also the lingering horror that realistically I will probably never get to watch my team play a game live, nor set foot in the Q. Sure, we have a game in the UK every year now which should help grow the market in the coming years, but $100 a ticket to be in the rafters to watch the Knicks murder a Pistons team that nobody even cares about anymore? It's a stretch even for me - and even when I finally gave in, the ticket website didn't even work. I am alone in my corner of the UK, with nobody to discuss or debate at length. Who am I supposed to complain to when Gee goes 0-4 from behind the arc for no reason?

This brings me to the reason why I finally made an account and created this fanpost. I would like to thank every single member of this site, and the various other Cavs blogs and fan dedicated websites, for making my support that much easier. Without your comments, fanposts, articles and opinions, it would be impossible for me to carry on this love affair with the Wine and Gold. I may not be able to pick out the finer point in someone’s jumpshots, nor go into depth on the merits of certain advanced stats over relative stats – but none of that really matters to me. I watch to see a genius who is 3 years younger than me drill an ice cold three to win a ball game, I watch to see a 7ft kid seemingly turn invisible when an opponent is driving towards the basket and drawing charges like nobody’s business, I watch to support a team who take educated risks in drafts and deserve to be successful. That’s what blogs like this do, they don’t moan or complain when the teams 14-34, they cheer and look forward to the bright future we have.

So yeah. On behalf of every NBA fan in the UK, especially those rare Cavs ones out there, thank you everybody.

From your fellow disciple of Tristan’s baby hook, 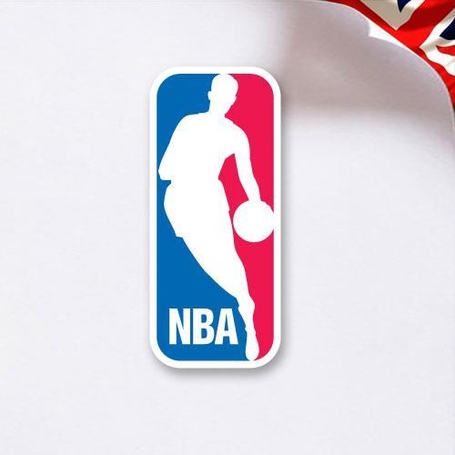