How much progress have the Cleveland Cavaliers made?

The Cavaliers are obviously headed towards the lottery. But they had a month or two when they were actually a good team. The question is: which team is the real Cavs?

Share All sharing options for: How much progress have the Cleveland Cavaliers made?

The Cleveland Cavaliers are sitting at a cool 22-48 as I write this article. That's currently the 3rd worst record in the NBA. Only the Charlotte Bobcats and Orlando Magic have fewer wins than our beloved Cavs. But I doubt many of us would say that these Cavaliers are actually the third worst team in the NBA. Surely the Phoenix Suns, New Orleans Hornets, and Detroit Pistons are just as bad or worse. So my question for you guys is...

How good are the Cavaliers -- when completely healthy?

I know that's an unfair question because, well, they aren't completely healthy. And I guess to answer this question honestly, we have to consider the fact that Anderson Varejao's health is totally up in the air. So maybe we'll ignore him for the time being.

The point of this exercise is not to perfectly pinpoint how good the team is or try to calculate what their record would be if people hadn't gotten hurt or if the team had had a bench to begin the season. Instead, I'm merely brainstorming -- and your help is appreciated.

So if we ignore Anderson Varejao but think about the rest of this squad when they are healthy, what do we have? They clearly aren't playing great basketball right now. Of course, injuries to Kyrie Irving and Dion Waiters have a lot to do with that. But at one point in the season, they were playing quite well. If you recall, I broke down just how much the bench improved once The Jon Leuer Trade happened. In the month of February, the Cavaliers had a superb offense and a net rating of +4.0 per 100 possessions. But March has been a different story. And the Cavs were downright miserable before Marreese Speights, Wayne Ellington, and Shaun Livingston joined the team. 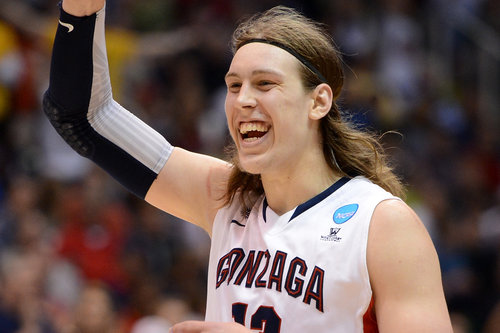 How will the Cavaliers improve in the draft?

Due to various injuries and trades, we've only seen this team all on the floor for that one month. And it was a great month. But how real was that? Was that just a fluke, an unsustainable stretch of luck? Or was that a glimpse at how strong the Cavs can be when they put this whole lineup on the floor and have a heavy slate of home games? I'm being completely honest when I say that I just do not know.

Masquerading as a bottom feeder

The Cleveland homer in me wants to believe that the month of February was the real deal. I want to believe that if Kyrie and Dion were healthy, the Cavs would be thoroughly ruining their spot in the NBA Draft Lottery and none of us would really care because it'd be so fun to watch.

But the cynic in me thinks that the stretch of success was merely a mirage, that a bench led by Ellington, Speights, and Livingston could never truly anchor a strong team. After all, the defense hardly improved during that stretch. It was really just awesome offense that allowed the Cavs to appear like a playoff squad for a few brief weeks.

I am almost certain, however, that this is not the third worst team in the league. I think the roster, as currently constructed is a good deal better than that. And that's a good thing, I think.

If the season ended today, the Cavaliers would have the third best odds in the draft lottery. But they have the 6th worst net rating in the NBA at -5.6. And as I said before, they performed at a level far better than that during the only real stretch when they were healthy. Their net rating says that they'd be expected to have won 25 games rather than the 22 games that they've won up to this point. And using the pythagorean formula, the Cavs in the 2nd half of the year would be on pace for 30 wins in the season. It's not a huge difference, but when you look at the bottom of the league, it matters. A team with 30 wins at the end of season might be slated to have the 10th best odds to win the lottery. But by underachieving for the first half of the year, the Cavs may be seven slots higher than that. And if you only look at February, their expected wins would be far higher than 30.

Should the Cavs trade for Marc Gasol or Al Horford? 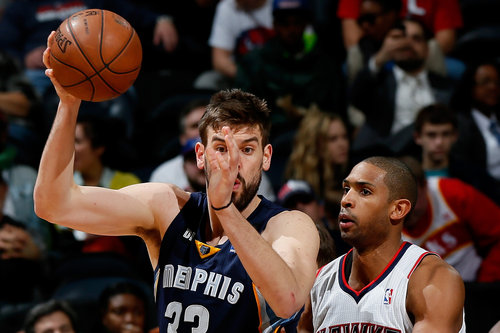 Could the Cavs improve via trades?

So this brings me back to my original question: how good are the Cavaliers? There have been so many versions of this team on the floor throughout the season that it's incredibly difficult to figure out how to weight each of those versions. Obviously the version that had Jeremy Pargo and Donald Sloan are not representative of the Cavs as a whole. But then which version represents the real Cavaliers?

These numbers aren't based on anything other than my best educated guess. Essentially, I think that the Cavaliers are closer to the February version than they are to what we've seen the rest of the year. But I also don't think the 112.2 points per 100 possessions that they posted during that stretch was indicative of how good this team is either. For the sake of this exercise, let's say that the Cavs actually post an offensive efficiency of 105.9 points per 100 possessions. It's somewhere in between where they are for the overall year (101.3) and what they did while the team was healthy. The defense hasn't really change much, so we'll keep their defensive efficiency the same at 106.9 points per 100 possessions. Do a little math and that projects to about 38 wins over the course of an 82 game season. Does that feel right? It feels about right.

If the Cavs are actually somewhere near a 35-38 win team but end up having the 3rd worst record in the league, that seems like a good thing. Of course, we have no idea whether or not the bench will be back next season. Let me know what you think this team is actually capable of when they have their whole squad healthy. How many wins does Cleveland get with Kyrie, Dion, Alonzo Gee, Tristan Thompson, Tyler Zeller in the starting lineup and a bench of Livingston, Ellington, Speights, Luke Walton, and C.J. Miles if they are healthy for a full 82 games?

And then maybe try to help me figure out what it all means in the comments.