The Cavaliers fired Byron Scott less than a week ago. And now there are reports that they may have already found a replacement. And a deal could be announced as soon as Wednesday.

And just like that, the Cleveland Cavaliers' search for a head coach could be over. The Cavs fired Byron Scott last Thursday and after some brief flirtation with Phil Jackson and a few other rumored names, Chris Grant seems to have found Scott's replacement, according to Jason Lloyd of the Akron Beacon Journal.

Mike Brown has emerged as the leading candidate to replace Byron Scott as #Cavs coach. Deal expected to be announced tomorrow

It broke pretty quickly that there was mutual interest between Mike Brown and the Cavs, but I figured that there would be a little more extensive search. I thought that they would at least interview some of the top hot assistants such as Mike Malone or Brian Shaw before settling on bringing Brown back. Perhaps the Cavs have just always been interested in re-hiring Brown or perhaps they didn't want to wait for the Golden State Warriors (Malone) or Indiana Pacers (Shaw) to lose in the playoffs. Regardless, it appears that we're headed for another Mike Brown-led Cavaliers' team.

Also, we have this photoshop from Boosh. 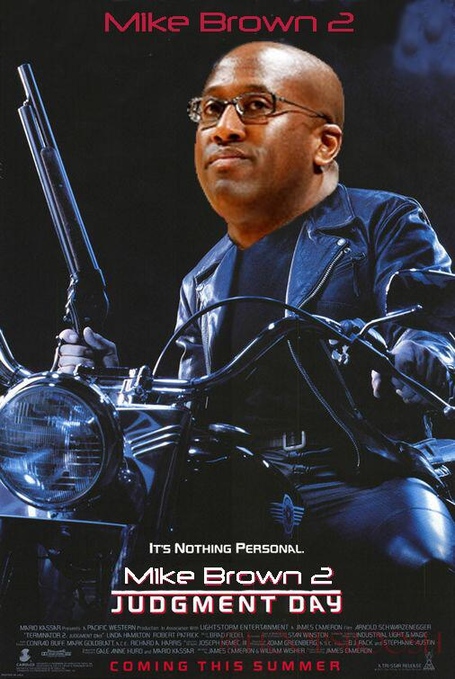 Yahoo! Sports' Adrian Wojnarowski is reporting that the deal between the Cavs and Brown is for 5 years and upwards of $20 million. Not bad.

We have already written about what that might mean for the Cavaliers' offense and why it's not as bad an idea as you might think. But I'm eager to hear your input. If Mike Brown is truly back, how do you feel about it?