Why Knee-Jerk reactions aren't going to benefit the Cavs at this time. 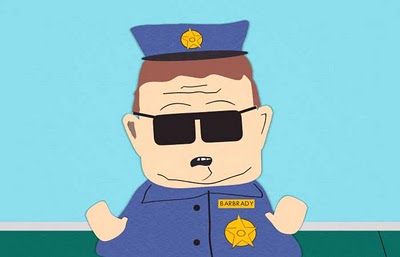 To say this year has been rough is like saying Rudy Gay might not deserve 20 million a year. It hasn't been easy for any Cavaliers fan and when things don't go the way we like them to as fans we are usually inclined to search for reasons why things have not been working out and to try and come up with some glimmer of hope so that our bottles we pour out for Gody aren't being drank before they are poured. The Cavs defense this year has been all kinds of awful and the offense while it's shown glimpses of being a high end operation have not had that level of success sustained long enough to determine whether or not it's real. When issues like these are being questioned by the fans demands for personnel changes in both our line-up, coaching staff as well as the management group usually start to be brought up. While I know this will be the second time I've wrote something pertaining to Byron Scott I don't want to give any illusions that I'm some sort of Byron Scott apologist because if you're wondering whether or not he is the right fit for the Cavs...

He just might not be the right fit for the Cleveland Cavaliers.

The point I'm trying to get across today is that while Byron Scott may not be the right fit for the Cavs he has not been given a situation that he can demonstrate whether or not he is the man that can get the most out of the personnel that Chris Grant has decided to build the future of this team around. This is not a "Oh blame injuries for everything that's wrong" piece. The defensive issues and general lack of focus at times is really concerning but lets dive into exactly what we have here.

Kyrie Irving: Last year he was one of the worst defenders in the league. While the point guard position is usually the toughest to defend and in my opinion not a position where you need to have a strong defender as point guard defense is usually a team effort he has taken some major strides this year and has become a slightly below average defender. A huge jump and I'll remind everyone he's played just over a full season in the NBA. While the turnovers will hopefully come down he's so efficient in the offense that I'll live with turnovers because when less efficient point guards launch bad shots and the ball goes quickly the other way it's practically a turnover anyways.

Tristan Thompson: Well I think most Cavs fans can breathe easy here. At the start of the year there was certainly a vocal majority that was panicking about wasting a pick on Tristan. Last year he would be out of position and gamble for blocks. This year while his block numbers are down he has become way more fundamentally sound on the defensive end and improved his defensive rebounding to go along with his big time strength on the offensive boards. He's even improved his offensive game a little bit and proven to be one of the most durable Cavs. While there's no guarantee he'll keep improving at this rate and his bad mechanics on offense probably mean he won't be a Tim Duncan or a KG his floor is way higher than most realized and still can be a borderline allstar if he keeps progressing or at the very least a key starter and difference maker on a championship level team.

Dion Waiters: Does the general Cavs fan population feel worse about Dion than they did about Tristan last year? Probably not. He is a train wreck on defense but I think most fans anticipated this as he transitions from the zone of Syracuse to man defense against full grown men at one of the most athletic positions in the NBA (there may not be as many star SG's in the NBA but every team has some freak athlete here that still is a bitch to cover). I expect him to improve on defense the same way Kyrie has and hopefully by the time the offseason is done and he puts his reported work ethic to use he will surpass Kyrie and become a average to strong defender by next year. He has the body type and all the tools to be a very good defender and was in a different system in college. You don't see big time player progression throughout a season you usually see them struggle during the season with something then the smart players identify it and address it. I see Dion doing just that. He's improved his shot selection throughout this season and with a better understanding of the game his finishing at the rim as well as his shot selection in general will only improve.

Tyler Zeller: Please hit the weight room. We're begging you. He's shown glimpses of good post moves but until he gets the strength and confidence to play against NBA bigs he's tough to evaluate. In the grand scheme of things he's a backup center. If he doesn't progress we can move him. Mobile coordinated bigs always have some value for a team willing to take a chance. I think he might blossom into a solid backup center but he is not key to our success.

The rest of the team does not matter. Andy ofcourse is the one Wild Thing Card as if he could ever stay healthy we have seen his all star level of play. But Alonzo Gee is replacable; I personally can't complain about his effort. He's in a rough position asked to do too much. He's a good defender who looks elite with awful personnel and I wouldn't mind him as a backup SF but that's a replaceable player. Walton is so smart but his body fails him. Speights doesn't play defense and can be a streaky shooter; we were warned, we didn't want to believe. CJ bless his sole is straight up honest, think he works hard but is streaky. Boobie should be gone; he's always hurt and while I used to like him I don't like his effort out there. The Duke is The Duke, I mean he's going to go hot at times and cold during others. If you're counting him as a key piece go home you're drunk. I could keep going but I think you all get the point. We're the best looking smartest blog on SB Nation for a reason. Byron Scott has been coaching a revolving door of players and has not been given any consistent lineup to make something work. We can't determine whether or not he can coach our core to a high level because due to injuries/ the tank machine he hasn't been afforded that luxury.

I personally feel next year is the year we take the step. What that means is a commitment from management to put the pieces in place to support our core. That doesn't mean overpaying for role players and hurting our cap flexibility that could allow us to add a big piece. But that means:

What we can't do is freak out and start turning over our coaching staff and have our guys try and learn a new system and cause more confusion and another "rebuilding year". We can't have Dion trying to learn his third system in as many years as we've seen that given time he's no idiot and he figures things out. We can't have Kyrie wondering about the stability of the organization (although people don't start saying he'll leave after his rookie deal. No star player has ever left after their rookie deal unless the organization wanted to get rid of him. They have no leverage. He's ours for probably the next six years at least so please calm down. Lebron sucked but remember the first two years of him sucked as well and there was a lot less around him).

What we need is for this season to end. It's depressing right now and it's obvious some guys have quit on this team. We should be happy that the ones that have, don't matter and Scott himself said exactly that. Half of them won't be here next year. They are replaceable. If I'm Kyrie Irving I'm more impressed by a team dumping guys that don't want to compete every night over knee jerk reactions like firing a coach. We need this season to be over so we can be excited about adding another solid contributor in the draft. Don't expect a star but there's no way we shouldn't land a starting player that will make Kyrie's job easier. We should be excited about the growth in our players. Next year should be better and if we do all of the thing I listed above and we aren't better. Well then we can say Byron is not our guy. We're a better team than our record and we've done it all with a leash on. Let's see what can happen with it off before we freak out.

I know I don't write stuff often but while I've felt down about the team lately I felt we need a quick reality check and to accept exactly where this team is in the rebuild. You guys are all kinds of awesome and I can only imagine how much fun it's going to be in the coming years when we can enjoy success together. Not make the most of a rough situation with our awesome personalities.

Should the Cavs fire Byron Scott after this season?