Throughout the last decade, the 19th overall pick has had a remarkably high success rate for a late first round selection. Here is a rundown of the limitless possibilities.

Share All sharing options for: NBA Draft 2013: Recent History and Success of the 19th Overall Pick

The Cavaliers received the 19th overall pick in the well-discussed, hilariously spectacular Luke Walton trade of 2012. At the time, Cavs' fans assumed this selection would be around the 25-30th overall selection due to the Lakers' previous successes and the eventual Dwight Howard trade. So when the Lakers struggled to make the playoffs, eventually succeeding and making this a top 20 pick, Cavs' fans rejoiced in the collapse of a prospective NBA superpower.

So let's fast-forward to June 27. What can the Cavs possibly expect when the 19th overall selection rolls around? Well, let's go in the time machine and see what we can dig up. 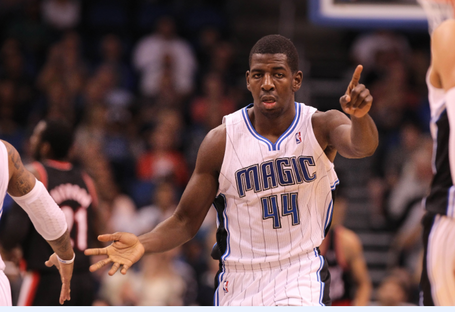 -The 2012 iteration of the draft brought us Andrew Nicholson, a senior power forward out of St. Bonaventure selected by the Magic. He was one of the two or three best players available at that spot (along with Perry Jones III and Jared Sullinger) in my opinion, and he didn't disappoint in his rookie campaign. Playing 17 minutes per game, he shot 53% from the field and averaged about eight points per game, utilizing his solid face-up game to be a good compliment to Nik Vucevic when paired together. He should continue to develop into a solid rotation big man.

-In 2011, Tennessee's Tobias Harris was considered a potential lottery pick, but dropped to the Bucks due to questions about what position he plays. The Bucks never really figured out the enigma of how to utilize him, and dealt him in the J.J. Redick deal this February. While in Orlando, he has flourished, averaging 17 and 8 with the Magic as he plays starters minutes. He has potential to be a starting NBA point forward in the vein of Lamar Odom for a while in this league.

-2010 saw yet another solid rotation player be selected in Avery Bradley out of Texas. One of the top players in the 2009 recruiting class, Bradley never really figured out Rick Barnes' offensive system, and hasn't been an offensive threat since. Instead, he's reinvented himself as a tenacious defender who looks posed to take over the reins from Tony Allen as the best perimeter "defense-only" defender in the league. Another solid rotation player.

-Jeff Teague was selected in 2009 out of Wake Forest. Teague left after his sophomore season, and was one of the 11 point guards selected in the first round of that draft. He has developed into one of the better young point guards in the league, and is about to see a big pay day this offseason as a restricted free agent. He should be a starting point guard in the NBA for a long while.

-The last time the Cavaliers had the 19th overall selection, the Hickson was brought into the fold and forever changed the landscape of the NBA.

Okay, that might be an exaggeration. Hickson is an undersized center who can't play a lick of defense, but he scores at an efficient rate and rebounds well. No matter how much you hate him for being a probable misogynist, or being the piece that didn't bring the Cavaliers Amare Stoudemire, Hickson has developed into a decent big man who can provide some energy off the bench. 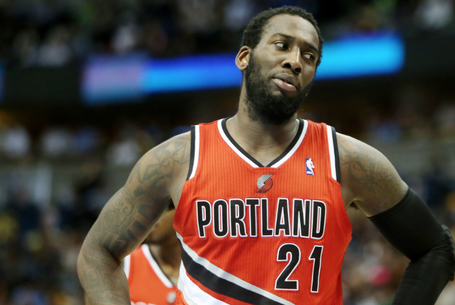 -Javaris Crittenton's career was cut short because of he liked to play with guns.

-Quincy Douby was an undersized shooter and a bad selection at 19th overall in the terrible 2006 draft. Rajon Rondo went two slots later, and there are only about 3 solid NBA players outside of the top 21 in that draft.

-Hakim Warrick has been hanging around forever after starring at Syracuse. He was kind of decent for a while on bad Memphis teams, but really Warrick is forever the example of a positionless 3/4 not working out in the NBA.

-Dorell Wright has turned into a pretty solid spot up 3-point shooter from the small forward position after entering the draft from high school. 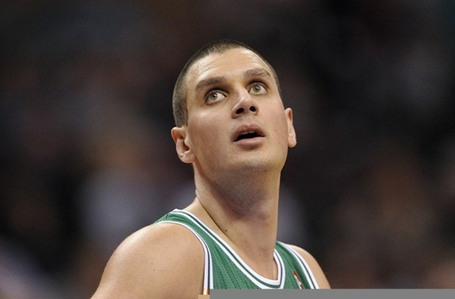 -Ryan Humphrey is 2002's 19th overall, and I can honestly tell you nothing about him. Doesn't even have an SBNation profile. Maybe I can ask my friend Brian, a big Notre Dame fan, about him this weekend. Then again, I don't really care because he was useless.

-Finally, the Portland Trail Blazers drafted the best of the 19th overall bunch since the millennium turned over, Zach Randolph in 2001. He's turned himself into an All-Star power forward that just helped lead his team into the West Conference Finals.

So what can we gather from this? 19th overall has actually had a pretty high success rate throughout the past 12 years. I see one all-star, two starters, and four-six rotation players (depending on your opinion of Pavlovic when he played for the Cavs and Warrick while he was on bad Memphis teams), plus zero-two guys that have hung around the league for a while despite not being useful. Plus, the five most recent number five selections have all become, at worst, rotation players in the NBA.

What kind of player has had the most success? Three out of the four big men drafted turned out pretty solid. Two of those three left after their freshman seasons, and the other two were old seniors. The guards went at least 50%, depending on your opinion of Pavlovic, who has at worst hung around. Finally, the 3/4s might have batted 1.000 depending on your thoughts on Warrick.

Basically, it seems like drafting big small forwards, power forwards, or centers is probably your best bet here in this part of the draft. That fits right in with the Cavaliers' team needs regardless of the lottery result. With their already-solid guard play, they can work on their front court in this draft.