NBA Trade Rumors and Free Agency: Possible "3 And D" Targets For The Cavaliers

With the Cavaliers inability to defend or shoot last season, along with their awful production from the small forward position, it seems a "3 and D" guy would fit right in as a Cavalier next season. Here are their options. Sam style.

Share All sharing options for: NBA Trade Rumors and Free Agency: Possible "3 And D" Targets For The Cavaliers

So as I toiled away in an Iowa City hotel room last night, I was trying to find something to write about until one of Fear The Sword's loyal readers, Sam Garriock (also known as @NZBasketball), tweeted at me. The tweet was an innocuous question that sent me down a labyrinth of thought about roster construction and salary cap manipulation.

This brings up an intriguing question in my mind, because Arron Afflalo is the perfect case study in the value of a "3 and D" player in the NBA. Let's stop and define "3 and D" players first. In my mind, a pure "3 and D" guy must be able to shoot threes at at least a 38% clip, plus play above-average defense while guarding multiple positions. Most of the time, these guys are swingmen, however I do think that Harrison Barnes may present an interesting case study in the future if he doesn't improve from this season and stays as a combo forward, playing the small-ball 4. Now, guys that meet all of those qualifications very rarely come available, so you have to kind of mix and match qualities you find more important than others.

Back to Afflalo. Back in 2012 (so long ago), teams were falling over themselves to get him, despite his obvious limitations. Afflalo is the definition of a role player: he is an excellent spot-up shooter when the point guard collapses the defense, and he has no problem taking on the toughest assignment defensively. During that season, he finished in the top 20 percent of all NBA players in PPP in both spot-up and off-screen situations. Overall, he was in the top 10 percent of all players in PPP, indicating that he was staying within himself and playing efficient basketball.

That changed this season, as the Dwight Howard trade thrust him into a main role on the Magic. As expected, his counting statistics went up, but his efficiency plummeted. He dropped over a full tenth of a point in PPP in spot up situations, and saw his three-point percentage drop from 39.8% to 30%. So it's very clear that he cannot be counted upon in a starring role. However, he was also one of the best role players in the NBA during the 2011-2012 season, so how much is that worth?

The Nuggets decided in the summer of 2011 -- after his initial breakout season -- that he was worth $43 million over five seasons. He has three seasons remaining on that deal worth about $7.6 million dollars apiece. Despite his regression this season while bring woefully miscast on the worst team in the NBA, I still find that to be one of the most fair contracts in the NBA for both player and team. Afflalo is capable of giving you 14 points a night with 40% three-point shooting if cast properly in a place where he doesn't have to create offense himself. On top of that, he can play solid defense against the majority of NBA shooting guards and even guard some small forwards.

Basically all of this exposition is a long-winded way of asking a simple question: what is a "3 and D" guy worth to the Cavaliers? Because while that contract is probably entirely fair, I'm not sure that they should eschew their ability to sign a max player in 2014 in order to get a player like Afflalo. Even though there is probably only a one-in-ten chance that they would be able to procure someone worth a max deal, keeping the door open seems to be a good idea as the luxury tax starts to kick in.

So since I think I would pass on acquiring Afflalo for the 19th pick (even though I think that would be an excellent value trade in a vacuum for the Cavs), here are some other options the Cavs have for this role, either via trade or free agency. 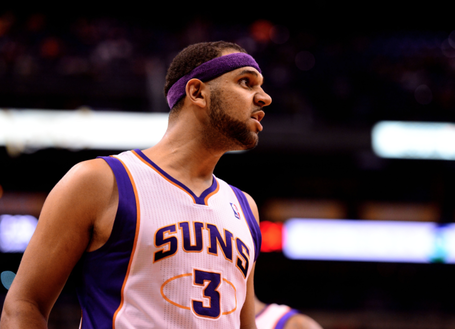 Jared Dudley: Despite the fact that he's a slightly worse defender than most guys on this list, he's probably my favorite option. He only costs $4.25 million over each of the next three seasons, plus has become one of the best knockdown shooters in the NBA, shooting over 41% from three while taking nearly 1000 over the past four seasons. Dudley would keep the Cavs options open heading into the summer of 2014, plus provide a steadying veteran on a team with playoff aspirations this upcoming season. I'd happily trade the 19th pick for a player who can guard both wing positions effectively (if not at a shutdown level) and shoot 41% from distance while making only $4 million per season.

Wilson Chandler: What I like about Chandler is that he can actually guard three positions effectively, anywhere from 2-4. Plus, he shot 41% from three this season after shooting 35% in his most recent full season in 2010-2011. He may be a solid fit for the Cavs as a three, and could possibly even allow them to show some small-ball four looks that they were unable to play this season due to a lack of capable personnel. However, his contract is as problematic as Afflalo's at about $13M over the next two seasons. I'd probably pass on giving up the 19th overall for him, but if a deal could be made around he and Alonzo Gee (along with other pieces), I don't think I'd be totally opposed to this.

Courtney Lee: Again, another guy who doesn't exactly fit into the swingman mold, but he is able to guard both point guards and shooting guards effectively and shoot the three ball well. Even in this awful, horrific season by his standards, he still shot 37% from three and has shot over 40% in three of his five NBA seasons. He doesn't have the friendliest contract though, worth about $16 million over the next three seasons. I'd probably take a shot on him at a somewhat reduced cost if Boston decides to blow it up, but would not want to give up the 19th overall pick for him.

Trevor Ariza: Something of an enigma, Ariza has a player option for next season that he'll almost certainly exercise. One of those weird player-specific traits is that he's an excellent corner three-point shooter, having shot 47% on them this season. However, above the break he only shot 29% from three. However, he's an excellent defender and definitely plays well with a good point guard who can collapse the defense and get him the ball in the corner. At only one season worth $7.7 million, he's worth taking a cheap flier on to see if he can recreate the magic he had at the end of the season with John Wall with Kyrie Irving.

Gerald Henderson: Here we transition into free agents. Henderson is a restricted free agent that has actually turned into a pretty nice all-around player, much like Afflalo. Despite playing for the god-forsaken Bobcats for the first four years of his career, Henderson has turned into a pretty reliable 15 point-per-game scorer with league-average efficiency numbers despite taking more shots than he should be. Plus he's also an above-average defender who defends shooting guards very effectively along with being able to slide over onto both point guards and small forwards because of his length. The shoe drops with his shooting, as he's only a 32% three-point shooter, but he's improved by leaps and bounds in each of the past three seasons in that regard. I wouldn't be willing to sign-and-trade over the 19th pick for him, but I probably would be willing to move the least valuable of the cavalcade of future first rounders that the Cavs have coming in the next 5 seasons if he would agree to a deal worth about $5-6 million per season.

Martell Webster: Had a career year shooting three-pointers this year (42% on over 300 attempts) and is an unrestricted free agent this offseason. He's still surprisingly spry at 26 years old, and might still have some potential because injuries have set him back over his eight year career. Unfortunately, he struggles sometimes defensively, but if the shooting is real he's probably worth a two year, $8 million deal. 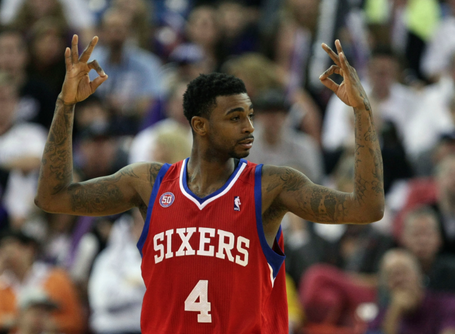 Dorell Wright: Seemingly the new darling the FTS community, Wright checks off a lot of the boxes that Cavs' fans are looking for in a small forward. Shooting? Check (37% career from three). Size? Check (anywhere from 6'7" to 6'9" depending on who you ask). Defense? Eh, not really but he's not a total disaster either. I'd be willing to give him one year, $5 million with a team option for another $5 million.

Chase Budinger: For some reason, I have a feeling he's going to get overpaid this offseason. Like, four years, $24-28 million overpaid. Budinger puts up impressive and consistent per-36 averages of 15 points and 4.5 rebounds, but really hasn't improved since his rookie season with the Rockets. He's also been something of an inconsistent shooter, fluctuating from 37% to 32% to 40% over his first three seasons (this season he shot 32% but only on 80 attempts because of injury, so we probably should throw that out). I don't think the Cavs should be the team that overpays him. Most I'd pay for him is 3 years, $14 million because he hasn't proven he can play 30 minutes a night yet.

Matt Barnes: Kind of crazy, but a good defender who can sometimes shoot threes a little bit. Probably wouldn't want to be in Cleveland anyway.

Francisco Garcia: Looked alive in the Rockets' playoff series with the Thunder, occasionally giving Kevin Durant fits on defense. Given his injury history he's always a risk, but he's always been a good shooter. I'd probably take a flier on him on a one-year deal a little bit above the veteran's minimum.

Marvin Williams: Don't even care that he's expiring. I don't want his bad juju around this team. Nothing good can come of this!

Alan Anderson: He beat up the Cavs a couple times this year and is a pretty good shooter according to his Euroleague numbers (even though he only shot 33% this year on nearly 300 threes). I'd take a risk on him as a last resort.

Kyle Korver: A great shooter and surprisingly average defender (seriously, he might be the best player in the NBA at blocking jump shots), Korver would also fit here. I'd give him 2 years, $7 million and be happy with him. The only reason I didn't put him in the top group is because we just kind of know what he is at this point.

Corey Brewer: An awful shooter that doesn't know that he's an awful shooter. At least he plays good defense. I don't think I'd want him around this team.

Of course, this doesn't take into account the possibility of getting one of these guys in the draft (Reggie Bullock!), but then again I don't expect any rookie to be an immediate contributor in this regard anyway. Any other options that you guys can think of? Who are your favorites of this list?