The Good, The Bad, and The Ugly: Dion Waiters' Season in Review

In his rookie season, Dion Waiters did a lot of encouraging things, but he also struggled quite a bit. Welcome to "The Good, the Bad, and the Ugly: Cavs in Review!"

Share All sharing options for: The Good, The Bad, and The Ugly: Dion Waiters' Season in Review

I really wanted to write the Dion Waiters review for Fear the Sword this year, you guys. There is just so much material here. Also, I feel like I've probably written as much about Waiters as anyone on the Internet this season, considering this is the fourth full-length feature I've done, and the first three averaged about 3,000 words.

I can promise you that this one will not be that long.

One of the most pervasively disputed players in the NBA, Waiters had quite an up-and-down season, making progress in a lot of ways as the season continued. For a guy who was ridiculed as the 4th overall selection (I'm certainly not immune to this. I was right there screaming at the screen for the Cavs to take Harrison Barnes last June), Waiters outperformed what was expected of him, even if it took a while for him to get there. So without further ado, here is "The Good, the Bad, and the Ugly: Burger Feet-style."

(also accompanied by "Faces of Dion", brought to you by the lovely people at SBNation's Photo Selector.) 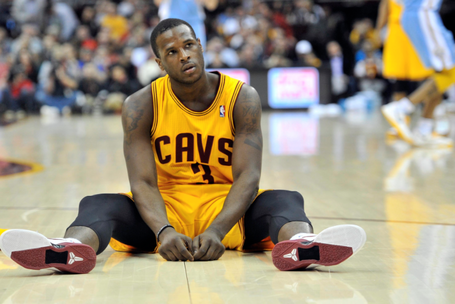 Waiters' defense was bad at best, and nonexistent at worst. His defense was so egregious that it is nearly as bad as the fact that Spotify does not have "Return of the Mack" by Mark Morrison -- but let's be honest, nothing can be that bad. Losing spot-up shooters with reckless abandon as he struggled to fight through screens, Waiters really struggled to adjust to the man-to-man defense employed by the Cavaliers after playing his collegiate career within Jim Boeheim's zone. Overall, Waiters gave up 1.06 PPP, good for what looks to be dead last in the NBA among players who got legitimate minutes this season. For reference, I'll compare his and Michael Beasley's defensive stats. Yes, that Michael Beasley. The Michael Beasley who is among the worst and most careless defensive players that I've ever seen wear an NBA uniform.

I picked the spot-up situation particularly to show how dire the situation is with Waiters defensively and because it is both he and Beasley's most common defensive situation. The league average PPP in spot up situations is around 1.0. Beasley, an apathetic defender who barely contests jumpers half the time, has a slightly below average ranking against spot up shooters, giving up around 1.02 PPP (which is right around his career average). Some of this has to do with the fact that Beasley often defends small forwards, which tend to shoot a bit worse -- about 1% over the past 5 seasons -- than shooting guards from three point range, and he also spends a bit of time guarding power forwards. It's enough to where it can skew spot-up numbers slightly, but not significantly.

It's pretty obvious that whenever you're allowing people to shoot 48% against you in all situations, that's an abysmal mark. Synergy does not provide a perfect defensive rating system. A lot of the possessions are logged in ways that I disagree with, and sometimes the numbers can't be taken at face value; however, the play on the court matches what Synergy says here.

I chalk a lot of Waiters' defensive problems up to this being the first time that he's played in a fully structured man-to-man scheme (sorry, I'm not going to count high school in that, no matter how good his high school coach was). Early in the season, he would unconsciously filter towards the free throw line in off-ball situations, losing his man in the process. This is something I expect him to improve upon as his career progresses, and isn't totally uncommon for rookies. 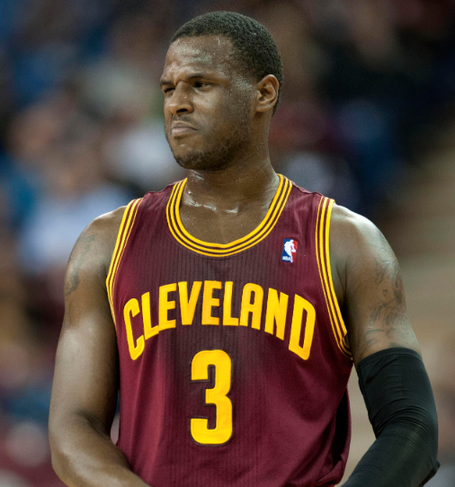 Waiters' early season struggles on offense were extraordinary. After surprising the league in his first six games (shooting 48% from the field, 53% from three-point range, and scoring 16.7 points per game on 13 shots), Waiters hit a major rookie wall. Let's get down to brass tacks with some numbers here.

From the beginning of the season until the end of 2012, there is an argument that Waiters was the least efficient player in the NBA. From his 43.6 TS% (10% below league-average) on 15 shots per game to his 32.5% three-point percentage to his 73.4% free throw percentage, there was just nothing that Waiters was doing well on the offensive side of the basketball court for the first 24 games of his career.

Settling for any jumper off the dribble he could find in the midrange during 2012, Waiters was the antithesis of the efficiency movement this season. But even when he did well getting to the hoop, he was abnormally atrocious when getting there. In his first 30 games this season, Waiters shot 43% at the rim -- or about 20% below average for SGs. While some of this was simply bad luck, Waiters' assertiveness at the rim was seemingly lacking. When being defended at the rim, he tended to drift away from the hoop, which led to not only fewer foul calls, but also more difficult shots leading to worse shooting percentages.

However, there is definitely reason for optimism as Waiters progresses this season. 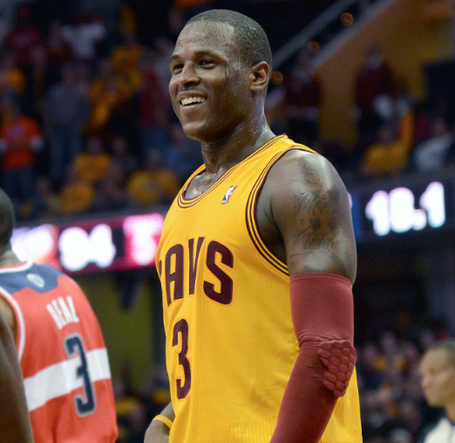 Even though he was seemingly more assertive in getting to the rim, it happened more naturally within the offense as opposed to forcing action. Gone were the days of multiple pull-up 20-footers per game, and they were replaced by drives to the hoop. And the best part about all of this is that he's capable of creating his own shot, unlike a lot of younger players. Bradley Beal had to wait until John Wall returned to have an excellent season because he has to have someone make space and create for him. The last top-5 shooting guard selected before that, Evan Turner, still hasn't figured out a way to get his own buckets consistently (but then again, that wasn't one of his primary skills). Even James Harden struggled more during his season to get his own shot.

Basically, Waiters looked much comfortable as the season progressed. His learning curve was as good as it gets for a rookie. I'm not sure that I can remember a rookie that had such a drastic mid-season turnaround. Waiters went from an inefficient, chucking liability to a legitimate selection on the First-Team All-Rookie squad. He still was kind of a disaster defensively, but that didn't matter. Waiters did the things that were expected of a 4th overall pick shooting guard in the second half of the 2012-2013 season.

Some other Waiters notes, mostly positive:

-Surprisingly given his reputation at Syracuse as a non-shooter, Waiters was actually pretty good in catch-and-shoot situations this season, shooting 41.6% from three in spot-up situations on 89 shots.

-Unsurprisingly, Waiters was good in isolation situations, ranking in the top quartile of all players in Synergy's database.

-Going into the future, I do worry about a Mike Brown-led offense that relies too heavily on Waiters and Kyrie Irving taking turns isolating their man and trying to create their own offense like we saw at times in the first Brown era. But there are few rookies and sophomores I'd rather have doing that, if that's what has to happen.

-Speaking of Irving, the two really didn't play a ton together. About 49% of Irving's 2048 minutes this season occurred when Waiters was on the floor, which is surprising given their usages. Having said that, Irving's shooting percentages did go up slightly when Waiters was on the floor (from 55.3% TS% to 56.4), while Waiters' stayed pretty much constant (within .5% across the board). A major key to the Cavs' future development will be how these two play off of each other, and we really don't have enough of a sample to say one way or another whether they're going to work.

-Finally, it's worth mentioning that the offense was 5.2 points better per 100 possessions with Waiters on the floor than they were when he was off of it, better than any other Cavalier that played at least 15% of the Cavaliers' minutes this season.

Waiters simply gives the offense another weapon from the perimeter that the Cavs have been lacking since the LeBron James era. That was the thought process upon drafting him, and he didn't disappoint. I'll be interested to see what Waiters brings in his sophomore season. Given his high learning curve, I think he's a strong candidate to avoid the dreaded sophomore slump, and step into his own as a player next season.