NBA Free Agency: Should the Cavaliers be doing more?

NBA Free Agency has been happening for two whole days and we have nothing but a bunch of vague rumors for the Cavaliers. Should they be doing more?

Share All sharing options for: NBA Free Agency: Should the Cavaliers be doing more?

The Cleveland Cavaliers are being silent and sneaky as usual. Or they just aren't doing a whole lot. Those are the two ways to look at this thing. NBA free agency started on July 1st at 12:01 AM Eastern and since then, we haven't heard much from the Cavs. Chris Grant promised that the team would be aggressive in both the free agent and trade markets, but we've yet to see any of that. Granted, it's only been two days. But still, plenty of other teams are making moves and the obtainable targets for the Cavs are steadily getting taken off the board. 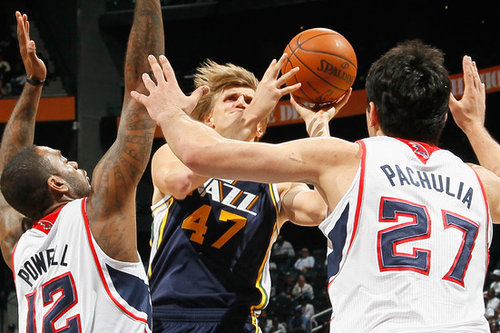 Some cheap free agents that the Cavs could sign

When free agency started, I wrote an article outlining a bunch of potential targets that the Cavaliers could acquire while still maintaining substantial cap space. There are still plenty of guys available, but a good number of them have already reportedly agreed to deals. Should the Cavaliers be more proactive? Are they missing out by just taking their time and not pouncing on any of these free agents? We know that the Cavaliers have as much cap space as they want and could even afford to overpay to get their guys. But they aren't doing anything. Not yet at least. Just rumors.

Here's some of the names that are no longer options due to reported agreements with other teams.

Now, there are still a number of very useful players available. But that number is quickly dwindling. So what should the Cavs be doing? Should they be doing more than just meeting with Earl Clark (plus whatever else they are doing behind the scenes that we don't know about)?

When I look at that list of agreements, there aren't really any deals that I'm upset the Cavs didn't make. I wanted Budinger or Webster, but both guys re-signed with their former team. How much more would the Cavs had to overpay in order to pry them from those teams? C.J. Watson and Eric Maynor are nice players and would fill a need for the Cavs, but they aren't must-have players. Personally, I'm fine with the Cavaliers' approach. I'd rather sit back and let teams make bad signings than join in just because we have cap space. Often times if you wait until the end of free agency, you can get some pretty nice deals if you're one of the few teams with cap space remaining. Of course, you run the risk of things playing out the opposite way and being one of several teams that need players from a very limited pool of remaining talent. More often than not, however, I think the worse deals tend to be agreed upon at the very beginning of the free agency period. I remember Larry Hughes and Donyell Marshall and I'm fine not going down that road again. You don't have the make the biggest signing or the earliest signing, just the right one.

I'm certainly open to people disagreeing with me, however. I know some of the writers at this site are getting annoyed with the Cavs' lack of activity. Maybe the lack of activity is because the front office is waiting for Dwight Howard and the other big name free agents to sign and set things into motion. Maybe it's because the Cavs are working on a trade that requires they keep their cap space available for the time being. Or maybe they're just being gun shy and are afraid to grab free agent targets that could improve the team. With the utter lack of information that we have, any of these are possible.

For now, I'm willing to wait and see what the Cavs do over the course of the rest of the offseason. I'm not going to get worked up about missing out on a few players that we probably would have had to overpay to get. It's only been two days and the Cavs have plenty of time to improve their roster before Opening Night. But if you feel differently, let me know in the comments and the poll.

If you have questions, comments, or just want to insult me, feel free to email me at ConradFTS@gmail.com. Be sure to follow us on Twitter at both @FearTheSword and @ConradKazNBA. Also, like us on Facebook.