The Cavaliers and Lakers are inching closer to completing a Pau Gasol for Andrew Bynum-centered deal, according to Brian Windhorst of ESPN.

After several days of stalled talks, the Los Angeles Lakers and Cleveland Cavaliers made progress Saturday on a trade that would involve Pau Gasol and Andrew Bynum, sources told ESPN.com.

The Cavaliers want to execute a trade by Sunday so it can be completed ahead of Tuesday's deadline for Bynum's contract to become fully guaranteed, sources said. Trades need 48 hours to be finalized so players can have physicals. 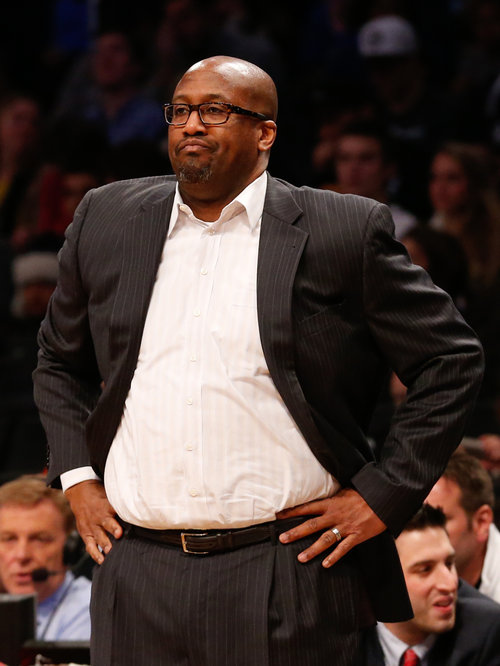 The Cavs lost again on the road Saturday night, this time to the Nets 89-82.

A lot to unpack there. First and foremost, it seems like the Cavaliers want to get this done so that they still have the option to cut Bynum if they need to. The Lakers also want to get this whole thing done because they have to be able to cut him to gain any value out of him. Second, let's keep in mind that the Cavaliers do have to send SOMETHING with Bynum to make this deal. A straight-up swap does not work monetarily. Adding any of Earl Clark, Jarrett Jack, C.J. Miles, Alonzo Gee, Anthony Bennett, Dion Waiters, or Tristan Thompson makes this deal work via league rules. I obviously doubt that Thompson or Bennett would be involved, and would be surprised to see Waiters be involved.

More generally, there are good and bad aspects to a Gasol trade. Let's make a Ted Mosby-style pros and cons list about what a Gasol trade could mean for the Cavs.

I don't particularly have the answers here. There are a ton of questions still in play. In a vacuum, I'd probably just cut Bynum and bottom out. I'm not sure this roster is worth saving. But we know that's not what's going to happen. There are going to be trades made because this roster is filled with mismatched parts and Grant needs to do something here.
We'll find out tomorrow if this is the first piece of the puzzle.