It's an early February matchup of two teams struggling to find answers.

The Los Angeles Lakers invade Quicken Loans Arena humbled and chastened, hurt and desperate. They have lost seven straight games. Steve Nash and Steve Blake are back. Jody Meeks and Jordan Hill are out. Kobe Bryant is still out. This is a team that is ready to tank and add a a real young piece to perhaps run with and old Kobe Bryant and Kevin Love in a couple short years.

But that team isn't the one that will face the similarly struggling Cleveland Cavaliers tonight. Five straight losses for Cleveland put them at 16-32 and needing a 20-14 finish to get 36 wins and a possible playoff spot. It would be a surprising turnaround, one that needs to happen sooner than later. Tonight would be a good time to start. If that isn't going to happen, this game has tanking implications. After all, someone has to win.

How do I watch: Fox Sports Ohio, NBA League Pass

are not your father's Lakers. They aren't even your older brother's Lakers. They are just worse than they were not very long ago. They have an old, hurt roster and haven't even attempted to get up to date with very much of the analytical revolution taking place in many of the NBA's front offices. But they are a brand, and they do make a ton of money from their television deal. It's not a certainty that the luxury tax, even with the new repeater penalties, will be something they ultimately need to care about.

In some ways, the fans at Quicken Loans Arena have been jolly rogered out something that could have been really powerful. Manny Harris had two different 10 day contracts that he completed with the Lakers. They subsequently told him they weren't going to keep him on, even though he had played great. The contract expired last night. His triumphant return to Cleveland is a no-go. I always thought Manny Harris could be an NBA player. He got a lot of time on a bad Cleveland Cavaliers team. Then he burnt his foot on a household appliance and was never the same (note: this actually happened. I didn't just get this from the plot of an Office episode).

Seriously though, the Lakers rely on Nick Young, Ryan Kelly, and a bunch of other fringe NBA players. The Cavaliers should win this one.

need a win. In the worst way. The effort level in Texas seemed to be better, but they were just playing better teams. This is still a team that has only five road wins all year, and the Dallas Mavericks and Houston Rockets are likely playoff teams. The Cavs have to get wins in the games they are supposed to get them. Tonight actually qualifies for that.

Two things I am watching for: Dion Waiters played 11 minutes the other night. 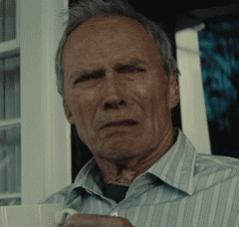 Unless there are really some locker room issues, that's not enough for a second year guard the team invested a top 5 pick in. The guy has to play. The guy has to play with Kyrie Irving. Maybe he will be traded in the next two weeks, I don't know. But until he is, he is part of the team's future and needs minutes, especially on a team this bad.

And Anthony Bennett. He is getting consistent minutes! And seems to be relaxing a bit! This is all really good. Now that he has relaxed a bit he can start to learn how to play basketball. Is he fouling at a ridiculous rate because he is out of shape? Confused? Thinking too much? A step slow? I'm sure it's all of these things. He had one rebound in 26 minutes the other night. That has to get better. Here is hoping Bennett can be a functional rotation player at some point. Certainly can't rule it out.

Once his jump shot starts falling a bit, we can start evaluating him for real.