Andrew Wiggins is the newest member of the Cleveland Cavaliers!

Wiggins is a dynamic wing from Kansas that has been on the radar of NBA scouts for years. Blessed with elite athleticism, Wiggins is a terror in transition and has tremendous upside on both ends of the court. He jumps out of the gym. At 6'8 with a 7'0 wingspan, he has the ideal size and length you'd want in an NBA wing. 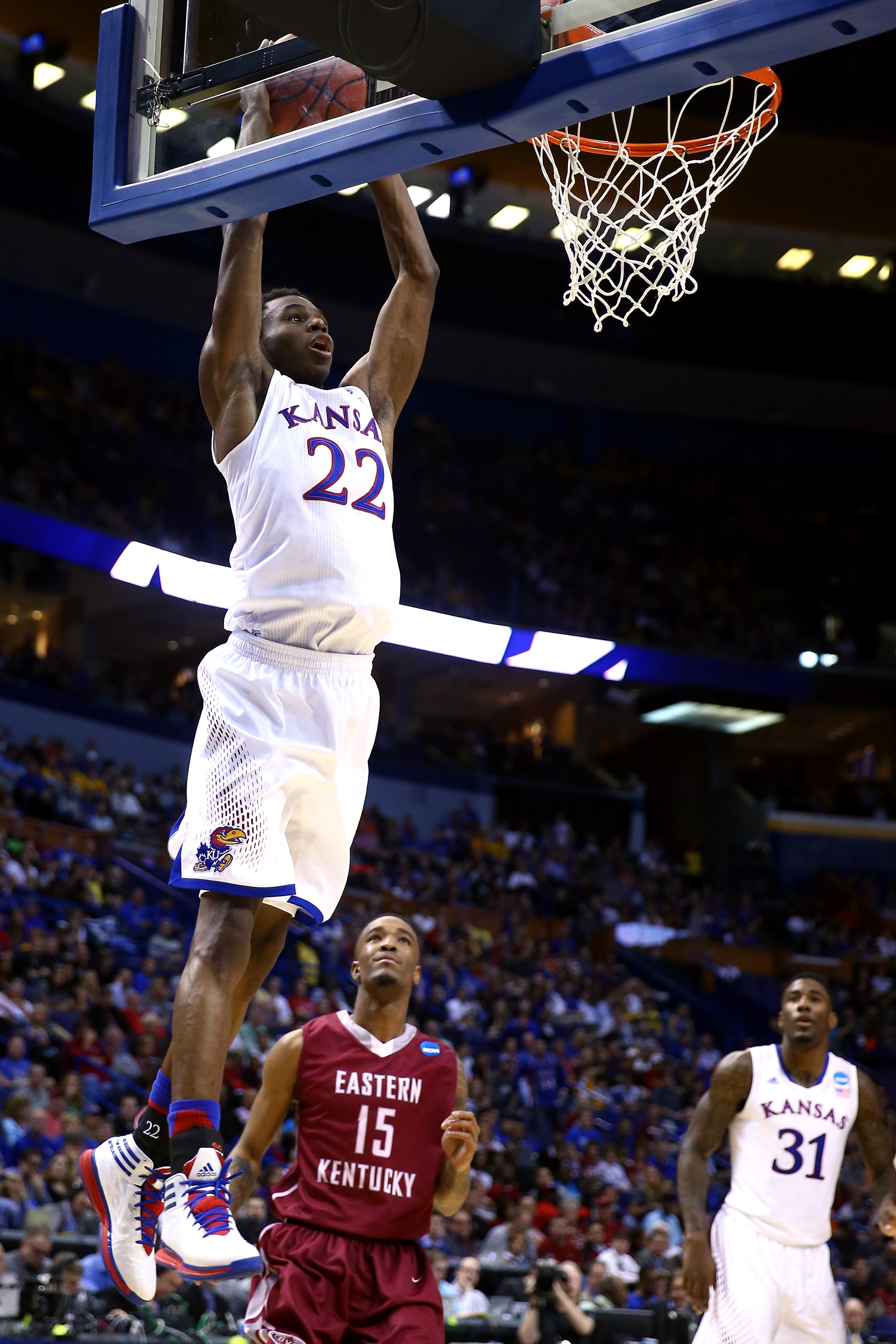 In his lone college season, Wiggins averaged 17.1 points, 5.9 rebounds, and 1.5 assists per game on 45/34/78 shooting. The form on his jump shot is good when spotting up, but if he's taking it off the bounce or is contested, his lower body doesn't consistently come square to the basket. He rarely drives left, and struggles to make secondary reads.

A lot of 19 year olds have these issues. Chad Ford rates him as the 10th best prospect on the last 15 years. He's a transcendent talent. As he adds weight and hopefully develops better handle, he should be able to finish at the rim better. He already gets to the free throw line at a tremendous rate.

Wiggins' length and quickness will allow him to have an impact right away defensively. New coach David Blatt will work to increase his basketball IQ and get him to move the ball better and more consistently. He should be able to spot up and cut off of guards like Kyrie Irving and Dion Waiters. The Cavaliers' revolving door at small forward may finally have a long term fit.

NBA draft: The Cleveland Cavaliers have lots of options with #1 overall pick