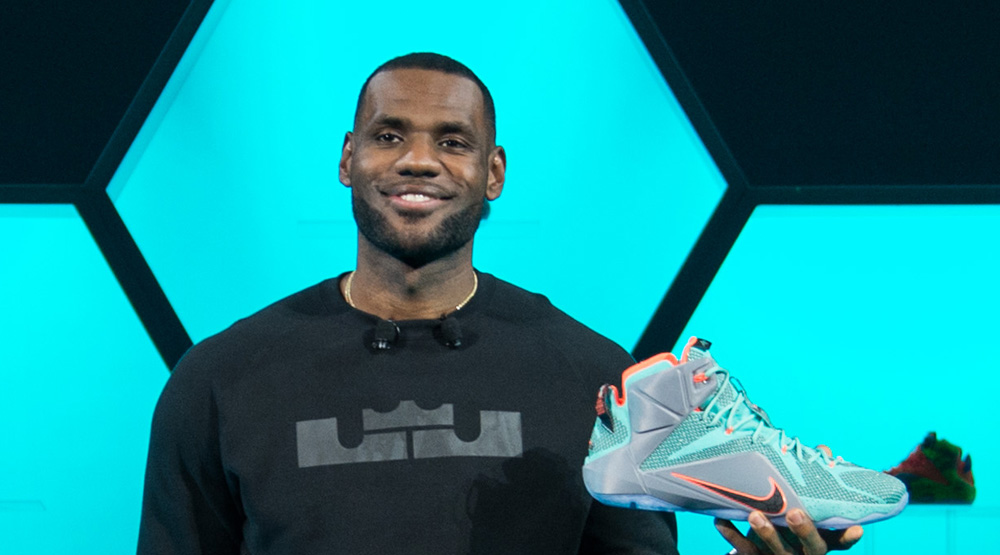 In December of 2015, Lebron and Nike announced a deal where LeBron signed a lifetime deal for a reported Billion dollars, the largest shoe and apparel deal ever signed by an athlete. The deal came on the Heels of Lebron's return to the Cavs.

It is my belief that a provision of this deal included a requirement for Bron to join the Lakers. Now, the date he would go there likely included variables based on a number of factors including things like: if he won a title in Cleveland, if he didn't, when he won etc... LA is a giant market, and with a pending Kobe retirement, Nike wanted their top signature athlete in LA. The marketing opportunities are endless. I think 2018 was the primary target as it would have meant 4 years in Cleveland, the same amount of time he spent in Miami. I think the clock started on when he was expected in LA the second we won a title in 2016.

I think Kyrie, another Nike signature athlete, found out about this which is why he suddenly made his trade demand after the 2017 Finals. The demand came essentially out of no where. Kyrie knew with a title in hand in Cleveland, Bron was on his way to LA in a year and he didn't want to stick around for the aftermath, or he wanted to control his destiny before that happened.

This also explains severa, seemingly inexplicable rumors we have heard over he last year. Windhorst confirmed yesterday on The Lowe Post that the Cavs had a deal lined up for Paul George that would have included an unprotected first round pick. The Cavs were ready to move forward if LeBron agreed to a max extension, he again declined. This is VERY strange as a team with a core of Bron, PG13, and Irving would have had at least a punchers chance vs GSW. Given the regression we saw from GSW last year, it likely would have been break even or a favorite vs the team we saw last June. A FAR better chance than he has today in LA. So why decline? Why not agree to a 2 year extension if that deal goes through? It doesn't make any sense unless what he was going to do was pre-determined.

It only really makes any sense if he already knew he was leaving for LA no matter what. He had delivered on his promise to Cleveland, and now he would fulfill his obligation to Nike and replace Kobe in LA, arguably the premier market in the entire NBA.

This explains why LeBron played every single game for the first time ever, and why he played almost every minute of every game in the playoffs. He wanted to leave no doubt that he put every thing he had into his final season. Now, whether he did this for marketing or because he genuinely felt bad about leaving or having to leave, I believe he played the entire year like he knew he was gone. That's why he pouted so much in January, he knew he needed help to make it to the Finals again, and he knew it was his last shot as a Cavalier

If you look at things through this lens, it explains a lot, it explains why he signed a 4 year deal in LA despite their unproven front office and poor fit on the floor. The LA brain trust has not been there for very long and they have not accomplished anything yet

It's highly suspicious that LeBron is turning over the last portion of his career to a team of people that are delivering him Lance Stevenson, KCP, and freaking Rondo. He went there because he was always going to go there, the pieces didn't matter, he already had signed up for this.

It also explains why he pushed so hard for the Cavs to burn everything they had every year to get the best short-term team possible, he knew he couldn't stay, no matter what Lee Jenkins wrote for him in the summer of 2014, he made a new deal with Nike that he had to fulfill

Anyways, this is just a theory, but a persistent one that seems to fit better the more things come out and I thought it was worth writing down. Don't troll me up too hard if you disagree