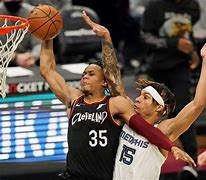 It’s that time of year again. The start of the NBA season will commence in October, and the heads of the NBA have released its schedule. It isn’t a minor event in the NBA schedule, but it is a major one. The Cavaliers will need to get a good head of steam with a series of early game wins, and playing worse teams will help them do exactly that. However, are the game winnable? Where can you watch the games? And who are the players to watch in each of the games? I’ll answer all of these questions and more in my guide to the first 10 games of the NBA season.

What happened to the Grizzlies last season?

Led by the athletic Ja Morant, the Memphis Grizzlies finished in the ninth seed to close out the regular season. The Western Conference side barely finished behind the eighth-seeded Golden State Warriors. But, they miraculously advanced out of the subsequent play-in. They were able to beat both the Spurs and Warriors to advance out of the play-in round, securing the eighth seed.

However, their run ended with the Jazz dominating the Memphis team. Spida Mitchell and the Eiffel Tower were too much for the young, exciting Grizzlies squad, as they were only able to manage one win over the team from Salt Lake City.

What happened in the last Cavs-Grizzlies matchups?

In the 20/21 season that saw the Cavs go 22-50, the Cavs and the playoff-bound Grizzlies split the two-game series. In the first game, the Cavs took home a close win: the game’s final score was 94-90. Four days later, on January 11, the Grizzlies avenged their loss by beating the Cavs 101-91.

Who did the Grizzlies add?

With the seventeenth overall pick, the Jazz added elite shooter Trey Murphy from Virginia. Yet, the Pelicans would acquire the North Carolina native. Later in the draft, they also added Brandon Boston Jr. from Kentucky, but he was traded to the Clippers.

Who are the key players?

Ja Morant is definitely a player that will impact the game. A freakish point guard with crazy hops, Morant plays on an NBA court like it’s was the park around the neighborhood. He’s difficult to guard at worst, and at best, he’s a player who can explode for 35 points.

Brandon Clarke will also be instrumental to the Grizzlies’ success. He had a successful rookie year, and while his stats regressed the next year, he’s poised to tear the league up.

Steven Adams, so far, is the Grizzlies’ biggest addition(both figuratively and literally). The center is a experienced rebounding machine, and he had a quiet but efficient season with the Pelicans. He’s a stud in the paint, and he’ll be a bother to the Cavs’ big man.

What should you expect, and how can you watch?

I’m not optimistic for a Cavs win in the game. The Grizzlies had a solid season last year, and they only got better during the offseason. On paper, the Grizzlies are set to take home their first win at FedEx Forum.

Fox Sports Ohio will carry the majority of the Cavs’ games, and this game is no different. Because the Cavs-Grizzlies game won’t be of national interest, you’ll have to pick up NBATV or a streaming service that carries Fox Sports Ohio.